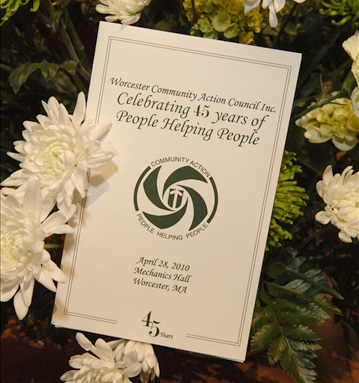 At the same time, WCAC was thrilled to announce the establishment of the Senator Edward M. Kennedy Education Scholarship Program that was generously sponsored by National Grid and Quinsigamond Community College Foundation. The Scholarship Program will assist young people graduating from WCAC’s GED and Job & Education Center programs, as they pursue higher education. WCAC also recognized the late Senator Edward M. Kennedy; his support and advocacy have been invaluable to our success over the past 45 years. We were honored that Mrs. Victoria Reggie Kennedy served as our keynote speaker and accepted an award on the late Senator’s behalf.

Thank you to the many sponsors, in-kind donors, WCAC employees, volunteers, agency partners, community members, and guests for making WCAC’s 45th Anniversary Celebration such a special and momentous occasion.

View photos from the event below:

Sharing for our friends at @EBS ... See MoreSee Less